5     5.1  In no case shall this insurance cover loss damage or expense arising from

unseaworthiness of vessel or craft,

unfitness of vessel craft conveyance container or liftvan for the safe carriage of the subject-matter insured,

where the Assured or their servants are privy to such unseaworthiness or unfitness, at the time the subject-matter is loaded therein.

8    8.1 This insurance attaches from the time the goods leave the warehouse or place of storage at the place named herein for       the commencement of the transit, continues during the ordinary course of transit and terminates either

8.1.1  on delivery to the Consignees’ or other final warehouse or place of storage at the destination named herein,

8.1.2.1  for storage other than in the ordinary course of  transit or

8.1.3  on the expiry of 60 days after completion of discharge     overside of the goods hereby insured from the oversea vessel at             the final port of discharge,

8.2. If, after discharge overside from the oversea vessel at the final port of discharge, but prior to termination of this insurance, the goods are to be forwarded to a destination other than that to which they are insured hereunder, this insurance, whilst remaining subject to termination as provided for above, shall not extend beyond the commencement of transit to such other destination.

8.3 This insurance shall remain in force (subject to termination as provided for above and to the provisions of Clause 9 below) during delay beyond the control of the Assured, any deviation, forced discharge, reshipment or transhipment and during any variation of the adventure arising from the exercise of a liberty granted to shipowners or charterers under the contract of affreightment.

9    If owing to circumstances beyond the control of the Assured either the contract of carriage is terminated at a port or place other than the destination named therein or the transit is otherwise terminated before delivery of the goods as provided for in Clause 8 above, then this insurance shall also terminate unless prompt notice is given to the underwriters and continuation of cover is requested when the insurance shall remain in force, subject to an additional premium if required by the Underwriters, either

9.2   if the goods are forwarded within the said period of 60 days (or any agreed extension thereof) to the destination named herein or to any other destination, until terminated in accordance with the provisions of Clause 8 above.

10. Where, after attachment of this insurance, the destination is changed by the Assured, held covered at a premium and on conditions to be arranged subject to prompt notice being given to the Underwriters.

11 11.1 In order to recover under this insurance the Assured must have an insurable interest in the subject-matter insured at the time of the loss.

11.2 Subject to 11.1 above, the Assured shall be entitled to recover for insured loss occurring during the period covered by this insurance, notwithstanding that the loss occurred before the contract of insurance was concluded, unless the Assured were aware of the loss and the Underwriters were not.

12   Where, as a result of the operation of a risk covered by this insurance, the insured transit is terminated at a port or place other than that to which the subject-matter is covered under this insurance, the Underwriters will reimburse the Assured for any extra charges properly and reasonably incurred in unloading storing and forwarding the subject-matter to the destination    to which it is insured hereunder.

This Clause 12, which does not apply to general average or salvage charges, shall be subject to the exclusions contained in Clauses 4, 5, 6 and 7 above, and shall not include charges arising from the fault negligence insolvency or financial default of the Assured or their servants.

13  No claim for Constructive Total Loss shall be recoverable hereunder unless the subject-matter insured is reasonably abandoned either on account of its actual total loss appearing to be unavoidable or because the cost of recovering, reconditioning and forwarding the subject-matter to the destination to which it is insured would exceed its value on arrival.

14 14.1 If any Increased Value insurance is effected by the Assured on the cargo insured herein the agreed value of the cargo shall be deemed to be increased to the total amount insured under this insurance and all Increased Value insurances covering the loss, and liability under this insurance shall be in such proportion as the sum insured herein bears to such total amount insured.

In the event of claim the Assured shall provide the Underwriters with evidence of the amounts insured under all other insurances.

14.2 Where this insurance is on Increased Value the following clause shall apply:

In the event of claim the Assured shall provide the Underwriters with evidence of the amounts insured under all other insurances.

15 This insurance shall not inure to the benefit of the carrier or other bailee.

16.1 to take such measures as may be reasonable for the purpose of averting or minimizing  such loss, and

16.2  to ensure that all rights against carriers, bailees or other third parties are properly preserved and exercised

and the Underwriters will, in addition to any loss recoverable hereunder, reimburse the Assured for any charges properly and reasonably incurred in pursuance of these duties.

17 Measures taken by the Assured or the Underwriters with the object of saving, protecting or recovering the subject-matter insured shall not be considered as a waiver or acceptance of abandonment or otherwise prejudice the rights of either party.

19 This insurance is subject to English law and practice as far as not in contradiction with Indonesian coercive law.

It is necessary for the Assured when they become aware of an event which is “held covered” under this insurance to give prompt notice to the underwriters and the right to such cover is dependent upon compliance with this obligation. 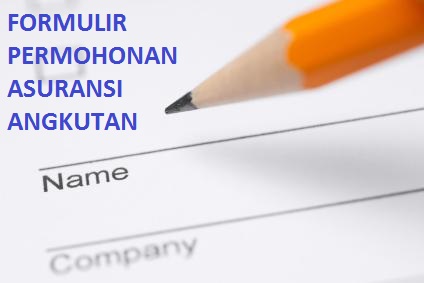 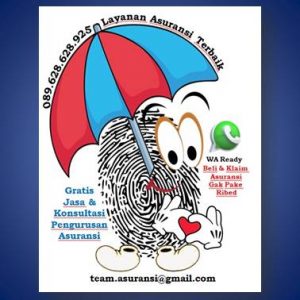